Pros and Cons of Cellular and Non-Cellular Game Cameras

Cellular and non-cellular game cameras have their own unique applications, and choosing between the two is generally a matter of preference based on what they’ll be used for and how far away you are from your hunting grounds. Cellular versions generally cost a little more (including subscription fees), but are good for security on your property.

Baiting regulations vary by state or county, so be sure to check with your local authorities. If you’re on private land, you can bait deer all year round. Some states allow out-of-season baiting (so many days before or after deer season), but you can’t bait during the season.

Arms use a variety of baits to draw deer to his wildlife cams:

Arms sets his wildlife cameras up in a number of different ways:

Note: There are various mount brands that can be used to protect your camera from bears and other animals.

If you maintain and/or create trails that deer will follow to the feeders, try to find their travel corridors and then build a trail that opens up close to their natural paths, as well as leave high and natural brush for them to hide in.

Arms likens deer and turkey to water, noting that they’ll take the path of least resistance. You can lay trees down to funnel them down a trail where you have a camera set up. It’s always a good idea to move your cameras around to capture various pictures and backdrops. By moving a camera 100 yards in any direction, you can detect a buck that you didn’t see in the previous location.

Check out Arms’ previous gate install video to see how he positioned a cellular game camera in a tree adjacent to the gate to capture photos of folks approaching it. (Delivery people oftentimes leave packages behind the Arms’ gate, so the camera provides photographic proof if one was to come up missing.) 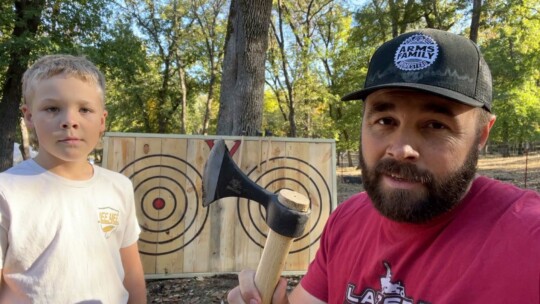 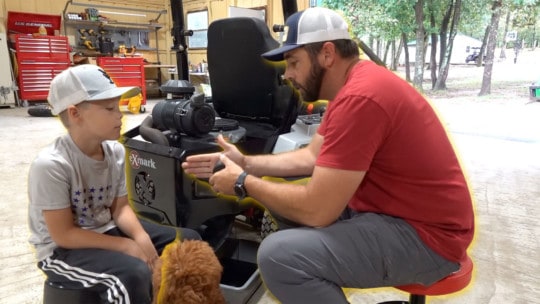