With deer season right around the corner, the Bone Collector, Michael Waddell and his family are hard at work prepping his property in Booger Bottom, Georgia for deer season. He has his work cut out for him. He’s scouting fruit trees, putting out feed, setting up trail cameras, and making sure his stands and blinds are ready. So, follow along as Waddell shares his yearly deer season prep routine.

A few months before deer season kicks off, Waddell checks out the food plots on his property. He has them set up in a way that creates “lanes” funneling deer to prime locations in sight of his tree stands. The lanes are created by placing feed on one end of the plot. This encourages the deer to follow a route in the open area, and allowing Waddell to use his different stands. He also uses feed—like Big and J or protein—so they can associate the sounds of farm life with dinner time, encouraging them to stick around.

Before delving into the specifics of how he establishes regular feeding habits in deer season, he stresses that every state has different laws regarding hunting over feed, so it’s best to know your local codes. But, in states where it’s illegal, he says you can still use it during the summer to know what you’re working with come fall.

When he uses feed to attract deer, Waddell either dumps the feed—like corn—directly on the ground or uses a feeder. However, a big corn pile on the ground during the summer can become moldy if rained on. This leads to the need to remove and replace them frequently. That’s why he swears by capsule feeders—they’re easy to fill, prevent feed from spoiling, and can be turned on and off to conserve feed. Even better, they provide a central and controlled area you can use to observe deer that regularly use the feeder. This makes it easier to take stock of what’s grazing around, which helps you learn their habits and identify your trophy buck.

He also says it’s smart to scout fruit and pecan trees around your property. Deer are more likely to congregate around them during hunting season. And it provides an ethical alternative to those who don’t like hunting over feed. And, if you don’t want to—or can’t—hunt off feed, using feeders nearby these trees allows you to turn them off as the trees start to produce their fruit. This encourages the deer to continue eating in the same place they’re used to. Ultimately, when it comes down to it, it’s best to have a food source identified. Without one, you’re basically hunting blind, and just hoping that a buck happens to show up.

When setting up his cams, Waddell likes to use different models for different parts of the year. In the summer, he likes to use regular “card” cameras. First and foremost, he says they’re more economical since you don’t have to pay for a cellular service. And, since they don’t upload directly to his phone, it gives him an excuse to check them daily, replenish feed, and get a lay of the land. Also, the noise he makes when refilling feed while checking his cams helps the whitetails associate those sounds with dinner time—attracting even more!

Two months out, Waddell switches his card cams out for cellular cameras. This allows him constant monitoring of his feeders, so he can know what his deer selection looks like. And, this helps him choose what stands he’ll want to use when deer season arrives.

In the months leading up to deer season, the Bone Collector regularly checks the condition of his stands and blinds. His biggest piece of advice for checking your stands and blinds is to bring a can of wasp spray. Wasps like to build their nests in shaded areas—and a chair on a stand makes the perfect nesting spot. He says there’s nothing worse than being swarmed and stung 20 or 30 feet up in the air. So, he makes sure to spray around his trees, so his hunting is a little less painful.

Waddell lives for the “cat and mouse,” tactical part of hunting. The work he puts in during the off-season creates a deer-friendly environment that makes for great hunting. He also recognizes getting everything ready costs a lot of money, blood, sweat, and tears. But, at the end of the day it’s worth it for some great family fun. 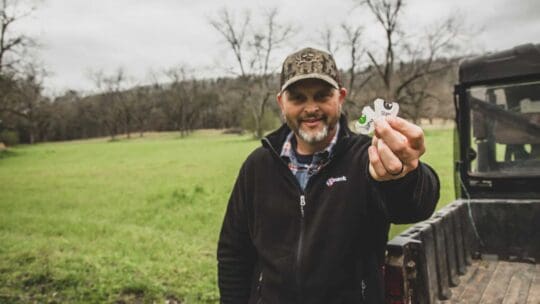 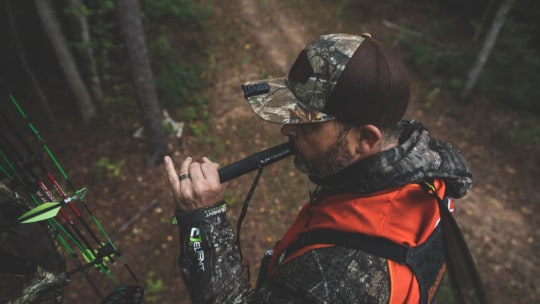