Deer season has a way of getting whitetail fanatics all fired up, and tree stands are generally where their marksmanship’s tested from. Which is why knowing how to clear deer stand shooting lanes is a critical component in increasing your chances of success. And, why legendary outdoorsman Joe Thomas is here to show you how to do it right in this Backyard Life video.

Your deer stand needs to be positioned up high, and in proximity to stretches of land whitetail are likely to travel through. Ideally, an established food source and natural features such as bottoms or creek beds will be within your sightlines.

To locate whitetail paths located in his dense-wood property, Joe surveys his general hunting vicinity in early spring when the foliage hasn’t yet come into bloom.

Joe says that—like identifying deer trails—early spring’s also the best time to clear your shooting lanes. Once you’ve identified where the whitetail are traveling, clear a shooting lane between their likely path and your stand. From here, you’ll want to identify limbs and branches that need to be removed.

Joe opts to clear his lanes with a battery-powered telescopic saw. It cuts through most any-size limbs, and causes minimal disturbance compared to gas-powered tools (which, while fun to use, tend to be noisy and smoke producing). He recommends visualizing a path between where your stand is positioned and the deer trails you’ve identified. And, also, to cut from the perspective—right- or left-handed—you’ll be shooting from, having a buddy help with final cuts so you can assume your stand position while doing so, and never cut limbs from within your tree stand.

Joe ends by suggesting how a battery-powered telescopic saw can help with a load of rural living chores beyond just clearing shooting lanes. 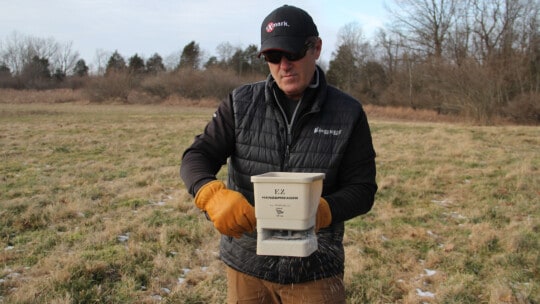 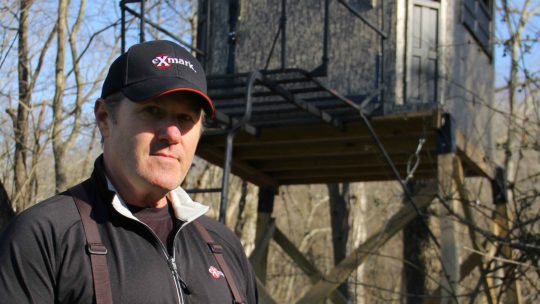