After spending all winter converting his garage into a custom fishing/work shop, MLF bass pro and veteran landscaper Brian Latimer has moved on to finalizing the project by beautifying the landscaping outside it. In this Backyard Life video, BLat discusses mulching tips as he goes about mulching his planting beds after the shrubbery’s been trimmed—namely, how and why he mulches, and the most common mulching mediums he recommends using.

What Mulch is Used For

When it comes to mulching, there are a couple different options you can go with. In his part of the country, Brian says the two most-used mediums are bark mulch (either pine or hardwood) and straw mulch (primarily, pine needles).

From a moisture management point of view, Brian says straw mulch is the best option for beds that notoriously hold excess water, as it allows more moisture to evaporate from the soil more quickly. Bark mulch, on the other hand, is a great choice for traditionally dry beds, as it tends to help beds hold more moisture.

From an aesthetics (replenishment and cost) perspective, Brian notes that you’ll likely have to freshen up straw mulch at least twice a year, while you can usually get away with bark mulching only once annually.

How Much Mulch You Need

The amount (thickness) of mulch placed in your planting beds is the most important factor to consider when doing so, Brian says. In his home state of South Carolina, Brian likes to put down approximately two and a half inches of mulch in his beds. While applying this amount helps retain moisture during the hot months, applying any more can work against you during the rainy season, he adds.

Brian recommends thinking about mulch much like you would a blanket. Mulch that’s too thick can prevent a plants’ root systems from accessing the water and air they need to grow and thrive. Conversely, he points out that applying too thin a layer of mulch too thin won’t preserve the proper amount of moisture. (On a hot July day, roots don’t stay as cool. So, putting down enough mulch has benefits beyond cosmetic ones.)

Brian buys bulk (unbagged) mulch that he then transfers from his truck bed into his planting beds. If that isn’t an option for you, he says home delivery is. On the flip side, bagged mulch purchased at retail is also an option. Although more expensive, going this route will definitely keep your truck bed or car trunk clean.

Finally, Brian suggests wearing gloves when mulching, especially when manually smoothing areas (he normally uses a leaf rake, but there are times when a “hands-on” approach makes sense), as well a focus on creating a well-defined “edge” between your lawn and planting beds. 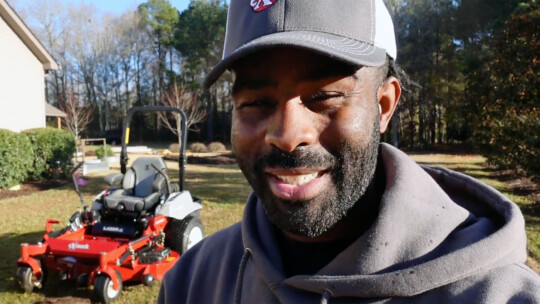 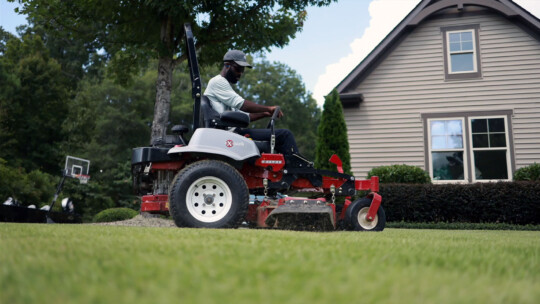 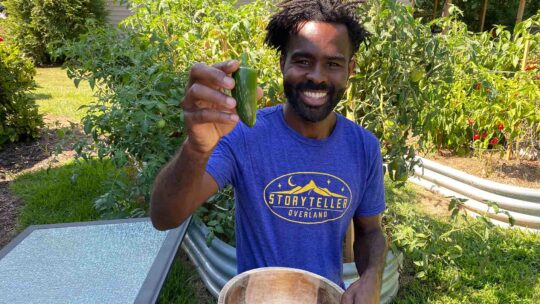