In case you’re curious as to how barbecue became the American-loved phenomenon from its humble beginnings, ending in the elevated tri-tip sandwiches of this recipe, here’s a bit of a breakdown.

Barbecue came to the United States by way of the Caribbean. The Spanish colonists brought it with them when they first visited the Caribbean islands. The Chickasaw tribe cooked up a barbecued feast and it made its way into the more northern colonies – all the way to Virginia. Then the Caribbean form of barbecue was combined with the British basting techniques and brought us the saucy barbecue we know now.

From there, barbecue spread throughout the nation and settled into what’s now known as the “Barbecue Belt.” The Barbecue Belt has four distinct barbecue styles; Carolina, Texas, Memphis, and Kansas City. Each region has vastly different, and equally tasty, flavor profiles and traditions. Those styles are now what we know as modern barbecue, or BBQ if you’re feeling fun. And now we’re seeing updates and elevations in the BBQ world, leading to Mrvich’s delicious tri-tip sandwich!

Alright, you’re prepped and ready to go out there and treat your guests to the best BBQ they could ask for! This BBQ tri-tip sandwich recipe is going to change your backyard party game, and you’ll be better off for it. If you’re looking to bring this recipe over the top, try pairing it with our Easy Snacks: Homemade Potato Chips.

Play Greg Mrvich is easily regarded as one of America’s top barbecue aficionados—and, for good… 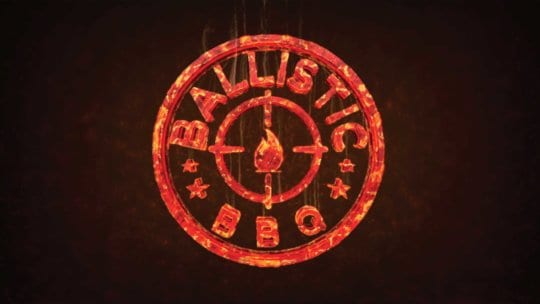