Award-winning chef, restaurateur, and Prime Cuts host David Bancroft is known for his mouthwatering recipes that look as good as they taste. And, for this cook, he’s back to show you how to prep, cook, and plate his delicious beef brisket melt , complete with his signature Alabama white BBQ sauce. With this brisket sandwich recipe in hand, your next backyard party is bound to be one to remember.

David starts with a full upper 2/3 choice or prime brisket (with the deckle on)—weighing in at about 12 to 15 lbs. He then trims off all the hard exterior fat, leaving only about ¼ in. left from the meat. Once trimmed, he rubs his brisket down with his homemade brisket rub—a quick mix of ancho chili powder, paprika, granulated garlic, fine kosher salt, brown sugar, and black pepper.

After applying the rub, David smokes the brisket at about 215º to 220º F for about 11 hours (or until the internal temperature reaches 180º F). He then removes the brisket, wraps it up in butcher paper, and places it back on the smoker for another 2 to 3 hours (or until the internal temperature reaches 205º F). Once it hits the desired time or temperature, David removes the brisket and lets it rest for about an hour. To top off this portion of the cook, he separates the point from the flat and cuts across the grain.

While his brisket is on the smoker, David assembles his BBQ sauce. He first purees onion, garlic, apple cider vinegar, and white vinegar in a blender until it reaches a smooth texture. He then drops in Duke’s mayonnaise, creole mustard, black pepper, horseradish, ground white pepper, sugar, hot sauce, kosher salt, coriander, and cayenne and fully blends it until smooth. Afterwards, he places the sauce aside and keeps it chilled in the fridge.

Once the brisket had been fully prepped, rubbed down, and smoked—and the BBQ sauce has been made—it’s time to build a brisket melt! David first slices off fresh, warm brisket from the fatty end and puts it aside for the melt. He then takes a warm skillet and toasts two slices of bread in butter.

After the bread has been toasted, he lays the slices to the side, grabs the brisket, and shingles it onto the griddle, laying two slices of cheese on top to melt. After melted and warmed, he transfers the cheesy brisket to the toast, layering it with pickles, jalapeños, and crispy hash browns. Before finishing the sandwich off with the other slice, David drizzles his homemade Alabama white BBQ sauce on top.

Award-winning chef, and restaurateur, David Bancroft is known for his mouthwatering recipes that look as good as they taste. With this delicious beef brisket melt, complete with his signature Alabama white BBQ sauce, your next backyard party is bound to be one to remember.

Now that you have the know-how to make your own beef brisket sandwich, all there’s left to do is grab the ingredients and fire up the smoker! However, before taking a bite, David recommends having plenty of napkins handy—this cook is not one to leave you clean-handed. 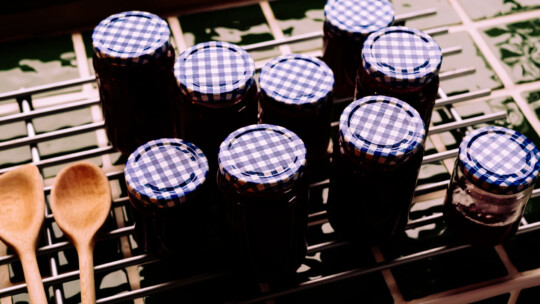 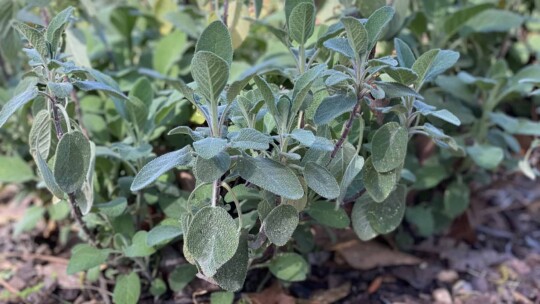